Songs such as “Steal Away to Jesus,” “Swing Low, Sweet Chariot,” “Wade in the Water” and the “Gospel Train” are songs with hidden codes, not only about having faith in God, but containing hidden messages for slaves to run away on their own, or with the Underground Railroad.

“Steal Away” was composed by Wallace Willis, a Choctaw freedman in the old Indian Territory, sometime before 1862. Alexander Reid, a minister at a Choctaw boarding school, heard Willis singing “Steal Away” and other songs and transcribed the words and melodies. He sent the music to the Jubilee Singers of Fisk University in Nashville, Tennessee. The Jubilee Singers then popularized the songs during a tour of the United States and Europe.

“Steal Away” is a standard Gospel song, and is found in the hymnals of many Protestant denominations.

Spirituals (often referred to as Negro spirituals) are generally Christian songs that were created by African slaves in the United States. Spirituals were originally an oral tradition that imparted Christian values while also describing the hardships of slavery. Although spirituals were originally unaccompanied monophonic (unison) songs, they are best known today in harmonized choral arrangements. This historic group of uniquely American songs is now recognized as a distinct genre of music.

Because of our American heritage, we hold fast to the sounds and memories that have shaped our land, committed to the profound equalities God designed in humankind. In our Christian heritage, such a hymn helps us prepare for worship by listening and pondering the freedoms we enjoy in Jesus’ salvation, a slavery to sin from which we have been saved and eternal life that is ours through His saving grace!

On this glorious Sunday following our Easter celebration of the Risen Lord Jesus Christ, what better way to begin our worship than by declaring the truth that Jesus has won! This new song from Vertical Church Band calls us to rejoice in the hope that has come to us, as Romans 5:1-2 says:

“Therefore, since we have been justified by faith, we have peace with God through our Lord Jesus Christ.
Through him we have also obtained access by faith into this grace in which we stand, and we rejoice in hope of the glory of God.”

Let us come to corporate worship this Sunday with hearts full of hope, rejoicing in the victory that Christ has won for us!

“O death, where is your victory? O death, where is your sting?”
The sting of death is sin, and the power of sin is the law.
But thanks be to God, who gives us the victory through our Lord Jesus Christ.
Therefore, my beloved brothers, be steadfast, immovable, always abounding in the work of the Lord, knowing that in the Lord your labor is not in vain. 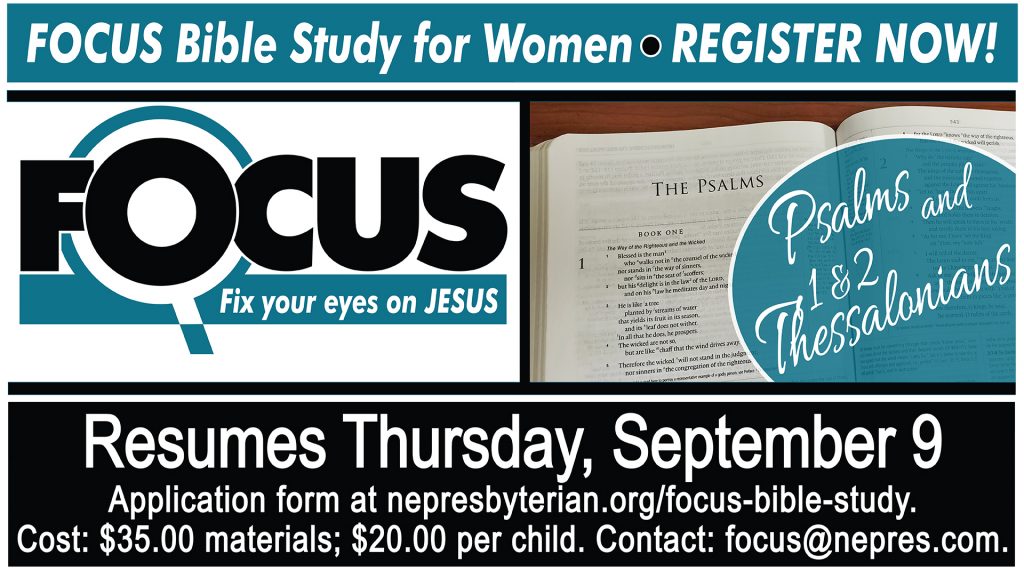 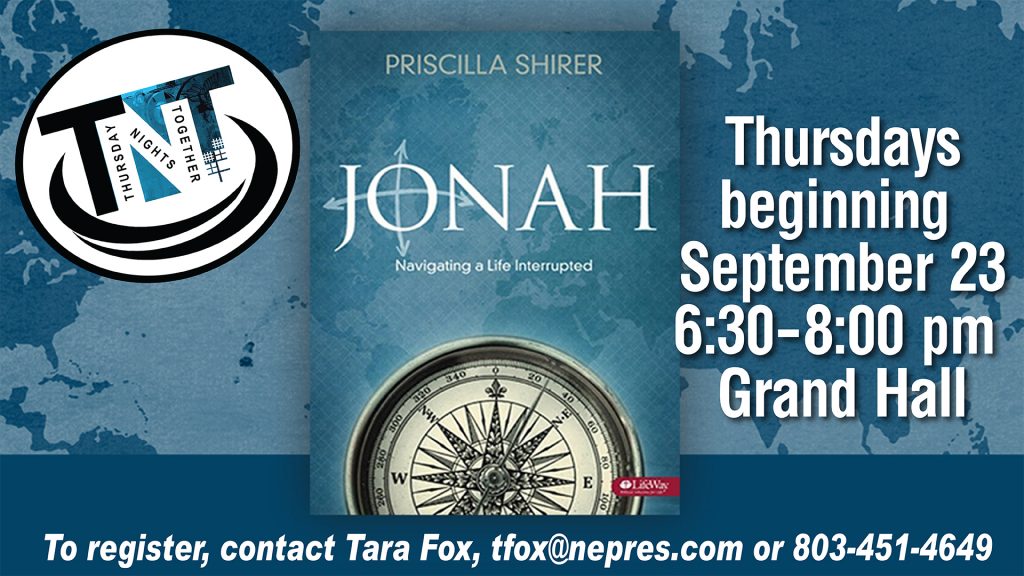 Fall 2021 Begins Thursday, September 23rd – November 4th, 6:30 pm until 8:00 pm in the Grand Hall. The study will be: “Jonah, Navigating a Life Interrupted” by Priscilla Shirer.