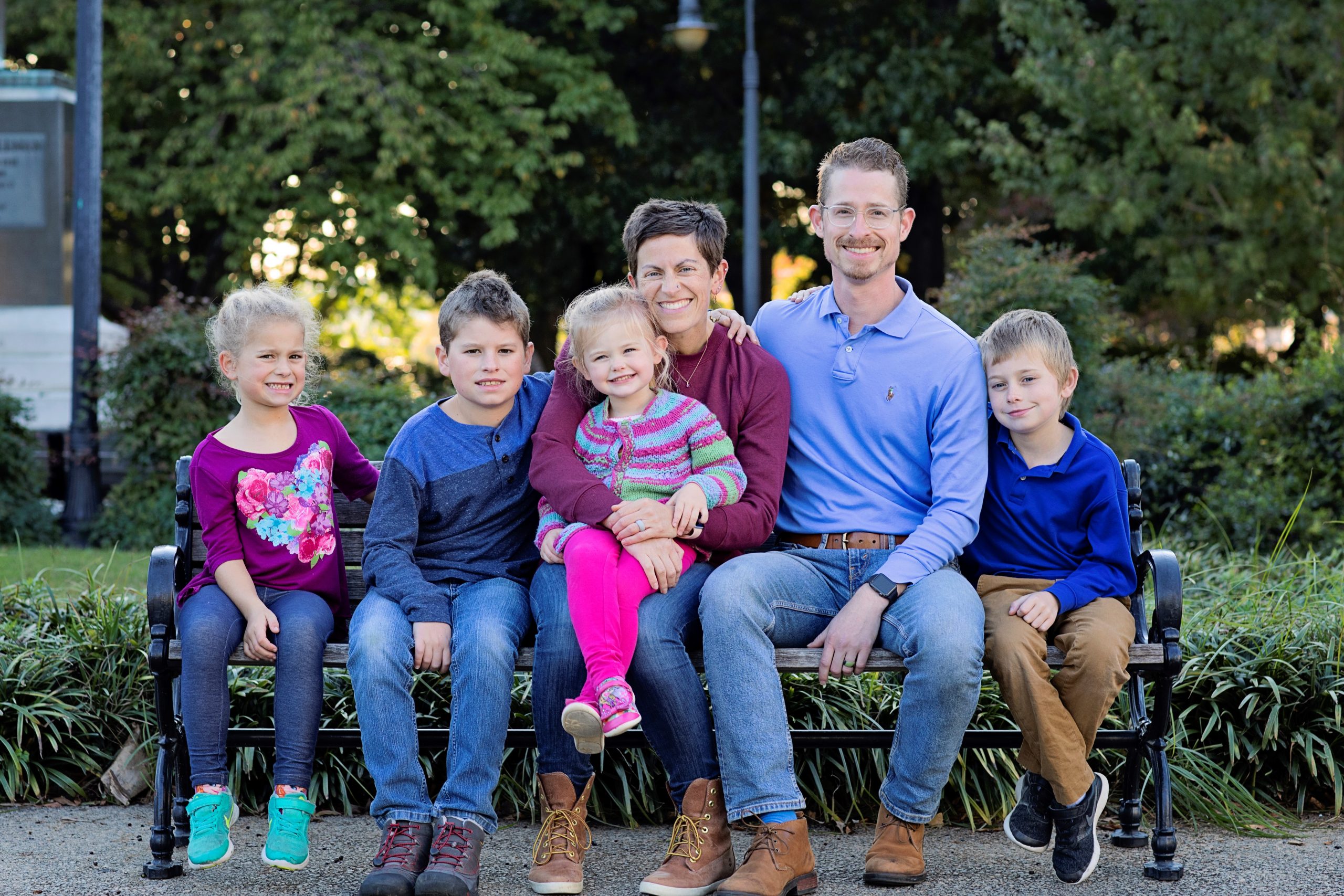 Rev. Josh Desch was born in Dallas, Texas, and then spent the next two decades living in Georgia, mostly in Peachtree City. He has a BA in history and philosophy from Covenant College and an MDiv from Covenant Theological Seminary. After college, Josh married Betsy, a native of Peoria, IL. Josh has served churches in Evans, GA, Saint Louis, MO, and most recently before coming to NEPC, Teaneck, NJ. He and Betsy host a podcast called Intersect: Where Church Meets Culture.

After an 18-month nationwide search, Josh was recommended to the congregation of NEPC in February of 2020 to serve as the church’s second Senior Pastor. He was elected later that month by the congregation, and officially installed on July 19th, 2020. Josh is also a certified Leader -Developer coach with the LDN network.

Josh and Betsy have four children and live in northeast Columbia, where the whole family has sworn allegiance to the Gamecocks and not that other team up north. Josh and Betsy love showing hospitality, meeting visitors to NEPC, and living on mission for God’s Kingdom and Glory.