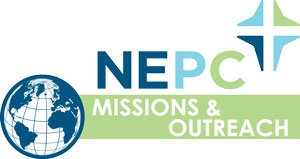 The Clays were missionaries with The Navigators in Argentina for 16 years. The Navigators is an international, interdenominational Christian discipleship ministry established in 1933. The Navigator staff family, about 4,600 strong, includes 70 nationalities. Their motto is “to Know Christ and to Make Him Known®.” The Clays serve on staff in the States. They oversee the Regional Representatives who visit and care for their missionaries and staff around the world. They serve on the NavMissions leadership team, recruit new staff care members, and help staff couples in transition or experiencing a crisis. They are also the Staff Shepherds for staff in Latin America.

Walt and Haley grew up in strong Christian families. Their desire to share Christ with others led them to join the Navigators staff and move to Uruguay in 2011. In 2018 they moved to Mexico where they are part of a Navigator’s team. Through small-group Bible studies and life-on-life discipling relationships, they come alongside people to teach them to be Christ’s followers, and equip them to pass on to others what they have learned. Their vision is to show folks how real and relevant the Gospel and Kingdom of Jesus Christ are, by actively loving them.

Earn is part of the leadership team serving at Khon Kaen University in Thailand. She is involved in evangelism and discipleship with the students, as well as training student leaders.

Tony felt called to missions while in elementary school after hearing stories from a missionary who visited his church. That desire stayed with him and was reignited after two short-term mission trips. Tony, Amber, and their 4 daughters are now serving in Panama City after three years in Nicaragua. Tony is working with other MTW missionaries and partnership churches to help facilitate a grassroots church planting movement through training and discipleship. This entails identifying and equipping indigenous church planters who will then start new churches in areas that are lacking gospel-centered churches. Amber ministers to pastors’ wives, providing support and encouragement to them and their families.

ISI exists to share the gospel with international students studying at our colleges and universities. There are over 1,000,000 international students in the US. Approximately 60% of them come from countries that are resistant to the Gospel. Each year hundreds of them surrender their lives to Christ. As Regional Field Director for ISI, Ed serves and directs over 30 missionary evangelists who share the gospel with thousands of students studying at large universities. He develops the strategy, plans and manages the ministry in the Great Lakes and Southeast region (15 states). He also speaks at various missions conferences throughout the year. His goal is to articulate the gospel message in creative and culturally relevant ways.

France lies in the heart of spiritually barren Western Europe. Centuries of persecution and ridicule have left the 60 million people with an evangelical Christian witness of less than 1 percent. There is searching among the French and a void in their hearts that only Christ can fill.

The Gildards are part of a church-planting team in the growing aerospace technology corridor west of Toulouse, France. They are building relationships, sharing the good news of Christ, and encouraging evangelism and leadership among French Christians.

Married in 1989, the Gildards were members of Christ’s Community (now Providence) PCA in Salisbury, Md., where Jamie was a ruling elder. The Gildards served on a church-planting team in Marseille, France, from 2001 until the team’s transfer to west of Toulouse.

Aaron was born in Honduras and lived there until age 10, and Rachel grew up in Mississippi. When they met they realized that they both had a passion for missions. In 2006 they married and moved to Honduras to teach in a bilingual school. They became even more aware of the need for churches that teach the transforming power of the Gospel. They moved back to the States and Aaron received a Masters of Divinity from RTS in Jackson. Aaron served as youth director and intern at their church, and Rachel taught at the local Christian school. They are now back in Honduras, along with their 2 small children. They are part of a church planting team with a 5-year plan which includes training other church planters. Aaron’s responsibilities include preaching, teaching, and discipling believers.

Andrew serves as Director and Academic Dean of ESEPA Bible College and Seminary. He schedules all courses, oversees the academic offices, and serves on the advisory board of the seminary. He teaches courses, advises students, and leads faculty meetings. He received an MDiv from CIU in 2010 and is currently pursuing a PhD in Old Testament. He also preaches and trains leaders in the local church..

The Logans have served with Campus Crusade for over 30 years. As a director in ISP, Skid meets with the Minister of Education of a country and presents the training programs for teaching morals and ethics from a biblical worldview. Once invited, he sets up two or three-week training sessions for one region or for the entire country. He organizes all parts of the training, including venues, hotels, speakers, and materials. He also recruits small group leaders from different churches to be part of a team. These sessions provide opportunities for evangelism and for building relationships with the nationals. ISP has conducted training sessions in Latin America, Africa, the Far East, the Middle East, and other areas around the world.

Susanna is a nurse and a member of NEPC. Since 2003 she has been working with local Nicaraguan churches to provide medical care in very poor areas. She also focused on providing health services at local children’s feeding centers. She is currently the Director of Betesda Clinic in Cristo Rey near Managua. She and her staff work to provide basic health care to this very poor community. She also works with local doctors and dentists to help communities without health clinics. Her main purpose has been to proclaim the Kingdom of Christ and to share His love and healing with those around her.

After four years of prayer and preparation, Josh and Gina Rieger moved with their children to Northern England in June of 2014, as missionaries with Mission to the World. They joined a team working with the Evangelical Church of England and Wales (EPCEW) to help plant a new church in the Hexham area. When they arrived, an ongoing monthly Friday Bible study group began meeting in their home every other week. From that group Hexam Presbyterian Church began holding worship services in February, 2015. Besides being the pastor there, Josh has preached at several other churches of the EPCEW denomination. Their vision is for many other Reformed church plants in Northern England.

Guillermo is a PCA pastor working with Presbyterian Evangelistic Fellowship in Mexico. He oversees the work of about 30 trained leaders throughout Latin America. Their main purpose is to establish a working form of Evangelism Explosion in at least 15 churches each year. They are using the same approach Guillermo has used to plant 5 churches in Zihuatanejo, where he continues to disciple and counsel new leaders. The main purpose of his ministry is for the leaders they are training to grow in their commitment to Christ and their mission to train other leaders themselves. They also operate a home for unwanted and orphan children.

FOR HIS GLORY MINISTRIES

Tom and Lucy served as full-time missionaries for over 15 years in several Franco-phone countries in Africa. Tom served primarily as teacher and board member of a theological school in Africa while building relationships with students, and ministering to young pastors. Lucy discipled some of the women in the local churches. They now reside in the US and travel to Franco-phone countries holding workshops and conferences, teaching and training pastors and church leaders. Tom is currently writing books to teach the leadership material he has been using to train pastors and leaders.